There are certain times in my life when everything clicks and it all seems to make sense. It’s like all the puzzles pieces suddenly fit, and I’m like “Ah ha.”  Let me explain– 2015 was NOT a perfect year… actually it was far from it. It was a terrible year. I lost so many friends to stomach cancer; it was hard to cope at times. It was a consistent reminder that the chances of surviving stomach cancer was not good and it increased my own insecurity of my dad’s fate. But even though it was hard, with each loss, I had to remind myself… I either cry myself to nothing or I move on.  I don’t know what happened… I guess somehow in the dark, I let go of my fears. I let go of control. I found purpose, and I decided to live with hope instead.

My 2015 didn’t start out so promising. My dying friend, Emily Wilson, catfished me, and I was pissed. Mostly what bothered me was that she showed an interest in oncology and the thought of her being a doctor made me sick. Watching chemo drip into my father’s veins every other week back in 2014 made me realize how extremely vulnerable he was, and all we really had was trust in our doctors. So, obviously, I wanted “Emily” out of medical school because how could anybody trust her as a doctor after she fooled so many of us for so long. However, there is so much more to the Emily Wilson story, I probably should write a separate update post on that. Just note that at the beginning of 2015 I was focusing on getting her expelled, and at the same time, I missed her like crazy….

Speaking of trusting doctors, I really didn’t trust my dad’s insanely large team of specialists, and I couldn’t fathom going through another year with so much anxiety and double guessing. So, I did what any logical person would do, I switched his medical insurance plan. That meant that I fired most of my dad’s doctors, and had to find new ones in his new network for 2015. It was exhausting… but the truth was that my dad was still severely underweight (97 lbs) and his old team of specialists couldn’t help guide us on how to live without a stomach. Even now, sometimes when I can’t sleep, instead of counting sheep, I count my dad’s doctors and nurses… all the difficult medical facilities… all the different medical procedures, and usually, by the time I get to his current team, I’m asleep. True story!!

Anyway, at the beginning of 2015, my dad and I were driving around town, meeting new doctors and nurses… running new tests. He was very much a sick man suffering from intense abdominal pain, extreme gas, low energy… the list went on and on. In February, we learned that his pancreas was atrophy and no longer producing pancreatic enzymes. The condition was permanent, and he would need lifelong medication. In March, my dad lost so much blood (why? –still a mystery), and had to have his first blood transfusion. In April, we learned that his liver numbers were not normal. We weren’t sure what had caused the problem and if it was truly just nothing or the beginning of cirrhosis. AND in April, my dad received his last treatment for preventing his stomach cancer from recurring. 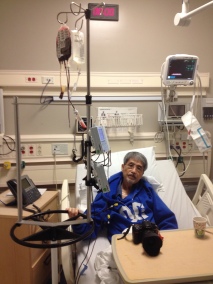 The treatment was called Herceptin. It’s a target therapy for HER2+ positive cancers, and my dad experienced no side effects on it.  I was hoping that he’d continue this treatment until I heard the words, “Congratulations, Mr. Shigeo you are cured of stomach cancer.” But that wasn’t the case. I heard none of that. It was more like “Research tells us that after one-year, the potential side-effects outweigh the benefits.”   It didn’t matter—the idea of the cancer coming back was so scary to me (still is) that I wanted my dad to continue indefinitely.  Anyway, all that happened in April but the built up to that was intense. I have to say I pleaded with his doctors very well, and losing was heart breaking. In my head, I pictured the day my dad was done with treatment would be a day of celebration; not a day of extreme disappointment. It was anticlimactic.

So, I convinced my dad to add an Eastern doctor to the mix (think Chinese alternative medicine) and a nutritionist. The combo seemed to work well for my dad… and it was also around that time when I realized there is nothing more I can do. We had done it all. We had beat the odds. It was time to give it all away to the stars.

I’d like to say that also in April my perspective on stomach cancer and life changed as well. But it didn’t. I wanted to get rid of my negative energy, fear, and insecurities… Unfortunately, I couldn’t will myself to change overnight, but I did take the first steps. I knew there was a reason why my dad was still around… My dad knew there was a reason why he was still around… Back in March –we (my dad, Tom, and I) –had flown to Washington DC to lobby congress for more research dollars towards stomach cancer.  Our platform was simple. We showcased my dad through the halls of Capitol Hill. We showed them a sick man. We told them that in 2015 there would be an estimated additional 3,300 new diagnosis in California alone, and that my dad was lucky, because half of those wouldn’t be so lucky.  However, even though he was still alive, he was not yet living… because living without a stomach is hard to do without help. We gained a lot of support. We met new friends. We got ideas planted into our heads.

By May, June, July—I realized a couple things. One, my dad’s not-so-new health insurance was pretty darn amazing. Writing appeals, arguing with his medical group, waiting on hold for hours, submitting reports, picking up tests results and dropping off test reports…etc…etc… was no longer part of my weekly routine. This freed my time and gave me an extra 15-20 hours a week. Two, there are very little resources for people after stomach cancer in the community. Yes, my dad joined a local cancer community, and yes, they were great… but he needed more. Losing a vital organ (an invisible handicap)—can really diminish your quality of life.  He had a huge fear of malnutrition… and he was chained to the bathroom. My dad was like… “I can spent my day eating or I can leave the house… but I can’t do both.”  Even though it was hard, I had to let him figure that out on his own.

We continued with doctor follow ups, but my “caretaking” hours were cutting down. In my new found free time, I was spending it helping others. Whether it be helping someone write an appeal, or summarizing my dad’s care. Making Powerpoints, excel sheets, and looking for different clinical trials. I spend hours on the phone talking to different gastrointestinal oncologists—with only one purpose in mind, what do we need? Is it prevention? Early detection? Finding a cure? Giving people resources for life after cancer? I also spend hours on the phone talking to different people who have been diagnosed with stomach cancer. Well, I found that what we really needed was HOPE; Something to make it easier for the patient, family and caregivers… some sort of light at the end of this dark, very lonely tunnel.

As I embarked in this journey, I had to really learn to let go of control. Everybody has their own path and everybody has their own fault in the stars. I also wondered… why aren’t we talking about prevention and early detection? Long ago, I made peace with the fact that we caught my dad’s cancer on the advanced side, which gave him a 4% of 5-year survival. I do believe that we shouldn’t live with regrets but now that we know, is it not our obligation to scream at the top of our lungs – WATCH FOR THESE SIGNS? Or get tested and treated for H. Pylori which may or may not lead to stomach cancer? I was feeling pleasantly overwhelmed with my new train of thoughts. 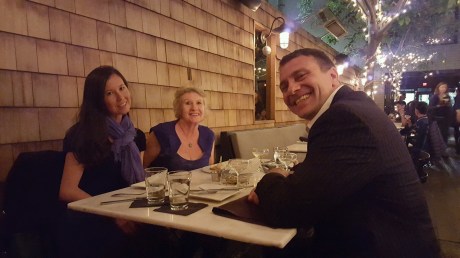 It made it easier that on a personal note, my family (my parents and Tom) were doing amazingly well. My dad got his port-a-cath removed in September and even gained a few pounds. The decision to remove his port was a big one not taken lightly. It told us that our doctors feel confident enough. Yay! I finally applied my knowledge of the digestive tract and nutrition, and lost a whopping 16 lbs. It just melted off like butter… well, over a three month period. Tom and my mom also had some wins… And then together, we found our purpose… 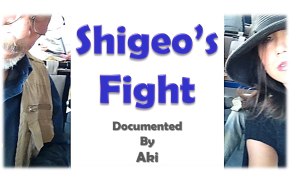 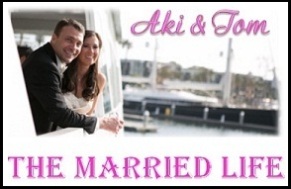